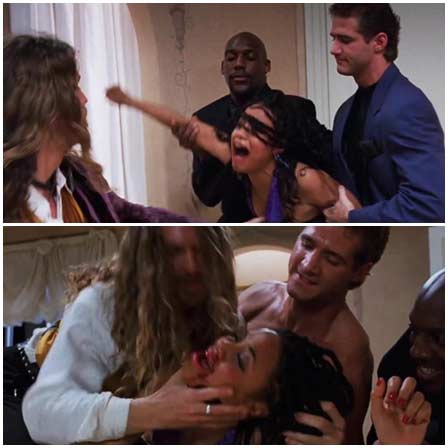 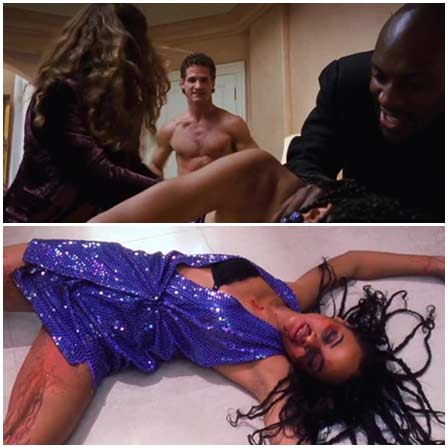 Rape scene from Showgirls (1995) with Gina Ravera, Free Download Mainstreame Rape videos. Gina Ravera Rape Scene.
(Rape Scene): A woman meets a famous man that she greatly admires.
We see them smiling and kissing, and then the man invites the woman up to his room for sex.
She is clearly into him at this point, so she accepts, but when she gets up to the room she finds herself trapped in the room by two thugs who entered behind the couple.
She asks her new acquaintance what is going on, and he replies that it’s a “party.”
Her face falls as she realizes what he means, and she attempts to run away, but the thugs grab her while the famous man slaps her across the face, then punches her in the nose when she rebounds from the slap.
Then they throw her down onto the bed and roughly pull her dress up and her panties down.
We see her bared buttocks. One of the thugs is shirtless by this point. We hear but do not see him unzip his pants, and then he proceeds to rape the woman violently while the other two hold her down as she struggles and screams.
As the woman is bleeding from her nose and crying, one of the two men holding her down licks her face crudely while the third man looks on in delight.

Have a questions? Email Us! support